Most amateur squash players will at some point (usually after a defeat!) have decided it was time ‘to get fitter’.

For many though, it’s difficult to know where to start.

Our members here at SquashSkills have access to a variety of sessions, monthly programmes, and off-season training schedules, but for those players without access to these kinds of resources it can all be a bit confusing.

Without expert sport-specific guidance to call upon, the place many players end up starting at almost by default in their quest for a fitter body, is with basic running or ‘jogging’.

Without any real equipment requirements or need for advanced techniques, getting outside and pounding the pavements is seen by many people as one of the most straightforward ways to get a bit of extra fitness work in to complement their on-court efforts.

Despite the seeming simplicity and accessibility of going out for a run however, there are several issues with jogging that can make it less than ideal for the unprepared squash player looking to boost their court specific conditioning.

The first problem to be aware of with running, is the impact on the joints.

The ankles, hip, and especially knee joints are exposed to extremely high loads when running – with anything upward of a 1000 strides taken in an average session (each sending loads equivalent to several times your bodyweight through the major structures of the lower limb), there is a massive amount of strain being placed upon the lower body.

Squash court floors are specially sprung to provide a little bit of ‘give’ – outdoor pavements and roads however offer no such luxury, and thus the impact and wearing on joints over longer distances can really build up, particularly in those carrying significant excess bodyweight – conditions such as shin splints, runner’s knee (also called patellofemoral pain or PFP), plantar fasciitis, iliotibial band syndrome, and Achilles tendinitis (lower leg irritation) are all of potentially heightened risk for the unprepared runner.

The second main problem with running as a modality for improving squash conditioning, is the issue of specificity.

One of the key principles for any kind of physical conditioning, is to make your training as specific to your sport as possible – so for squash, things like ghosting, court sprints, lunge variations (and other resistance exercises that utilise the same muscles) are all going to replicate the repeat interval demands of a game of squash far better than long, slow, steady runs.

So, is running/jogging a complete waste of time for the squash player?

Not necessarily. If the joints are protected and the session properly constructed, adding some running into your squash training can be done so successfully.

One of the best ways to limit strain on your joints, is to do all of your running sessions on grass (out in parks/fields etc.), on a track, or even on a treadmill. All of these surfaces will be far more forgiving on the joints than going out on the roads and pavements.

Additionally, purchasing some proper running shoes in place of your standard beat-up old trainers can also make a big difference.

Whilst the benefits of running shoes may sometimes be a little overblown, certainly the increased cushioning and stability will go some way to helping protect the ankles, knees, and hips – a lot of dedicated running shops now also offer various scans/assessment tools to help pick out the best fitting pair for your foot shape and running action.

In terms of increasing the specificity of your running, breaking the session up into more of an interval format is a great way of better replicating the energy demands of a game of squash.

While there is perhaps potentially some room for longer, slower-paced runs in a more comprehensive physical training programme, generally anything over around 5 kilometres isn’t going to provide much in the way of specific conditioning for your average player.

Instead, sessions should be based around shorter, sharper efforts, working in set intervals of increased intensity of around 15 to 60 seconds at a time to really replicate the length of rallies in a game of squash.

A less structured but equally useful session format is ‘Fartlek training’, in which higher effort intervals are injected into your run more randomly – deciding to sprint to the next tree or a nearby lamppost for example, before slowing briefly and then setting yourself a next target.

These sessions work really well running with a partner, where you take turns to designate how far/fast each random interval is. Aim to keep sessions to around 30/40mins maximum, and aim to get your heart rate or perceived effort levels up to around 90% of max during the more intense efforts.

So whilst there are several significant issues to be aware of for the squash player looking to add some running/jogging into their training, if injury prevention and specificity are properly considered then adding in the occasional running session to your conditioning training can be a useful method of adding some variety and cross-training into your programme.

The base of any squash-specific conditioning work however, should remain on-court or in the gym – replicating the unique demands of the game of squash as closely as you can in each and every session you undertake. 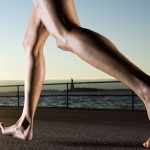 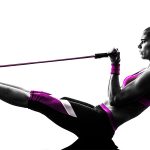 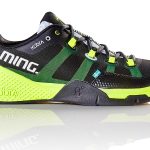 How to select the right shoes for squash 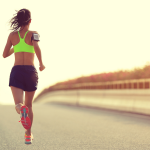 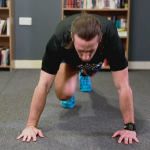 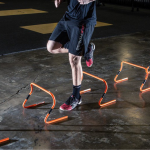 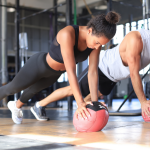 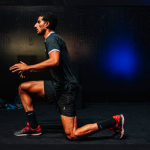 The 6 Foundations of Fitness for Squash